Could This Be The New Face Of Airtel Sierra Leone? 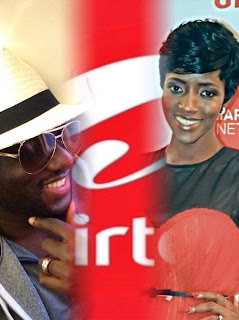 Rumor has it that musician Emmerson Bockarie and model/ actress Zainab Sheriff are amongst the new faces that have been selected as brand ambassadors for airtel Sierra Leone.
Over the years leading telecommunications service provider airtel, has had some major faces such as model Hawa Kamara, Heyden Adama and even Alonzo grace billboards as part of their nationwide campaign.
2015 has been good to these two, with Zainab launching a musical career and Emmerson dominating the charts both at home and in the diaspora. If this is true then all that is left to say is. See you up there Guys!