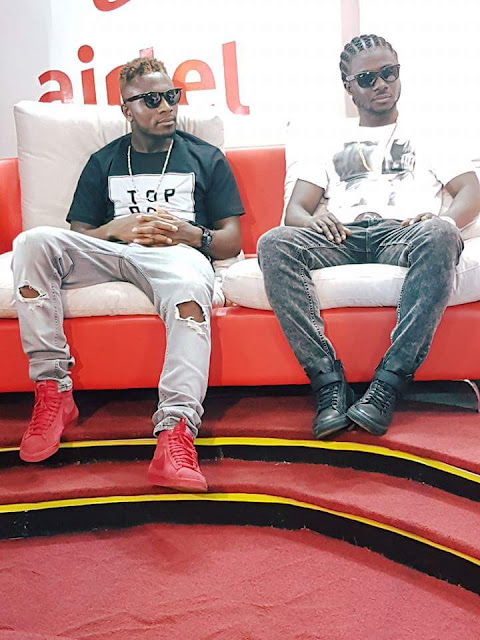 Their trip to Sierra Leone turned a bit sour over the weekend ,after a dispute and DoubleBangz are out for justice.

The group members are seeking justice, but are not looking to settle a dispute that took place on Saturday at the MONTANA bar in Freetown with fists ,rather, they brought the case before the court of public opinion.

Yesterday Team member Mistri , took to his Facebook to release a statement, stating an unpleasant, disrespectful reception that he and his party had received from the owner of Montana bar, after a visit .

According to sources the group had been out with friends when the incident took place.
It was revealed that the altercation started when 'bad-mannered' staff of the restaurant had responded rudely to DoubleBangz. When confronted about their behaviour, the owner got involved and things turned violent.

In his statement Mistri explains how he and fellow group member Isa had allegedly been maltreated and even violently threatened by the bar's owner. 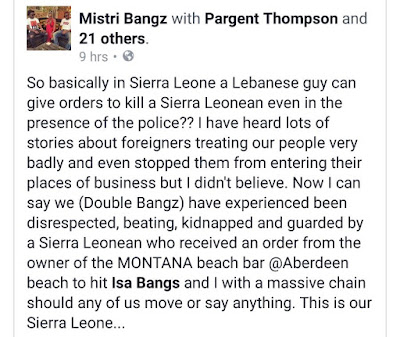 Members of the public, friends and fans of the group were outraged and disgusted by what had happened. Fellow entertainment members TV presenter Phebe Swill and Ellen Keister got involved and supported that severe action be taken against Montana bar’s owner and his business.

Witnesses say police were summoned to the location on the night, where they took statements from both parties. Also included in Mistri's statement, he says that the police were present at the scene as verbal threats were being tossed at them on montana's premiss,but they got no reaction from them.
The owner of Montana is yet to address the issue or release a public apology.