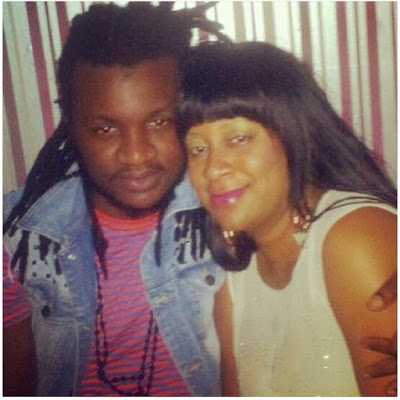 The rapper finally addresses his relationship with his daughters mother with lyrics from his upcoming single.

Over the weekend LA. J shared clips on snapchat of him in the studio with Souferior, but it wasn’t the linkup that got people talking, but specific lyrics that caught the attention.

In a rap verse for a new song he shared with fans on his social media he recited the lyrics;

"when I called some friends they didn’t answer… get no update about Fatima, called LuLu ….but no answer…”


Taking a direct hit at friends who weren’t there for him whilst the rapper faced his prison sentence and giving an insight to the current relationship between his daughter’s mother Suga Lulu and himself, LA was an open book as he poured out onto the song.

When LA. and Lulu got together their relationship quickly became the talk of the town, a fairy tale love story made complete with the birth of their daughter Fatima in 2013.
Unfortunately he got arrested shortly after her birth and was sentenced to prison on allegations of fraud, theft and an immigration investigation.

Since his arrest the status of his and Lulu’s relationship had been unclear, especially as they never announced a breakup, but these lyrics confirm the rumours suggesting that the two
may not be on such good terms.