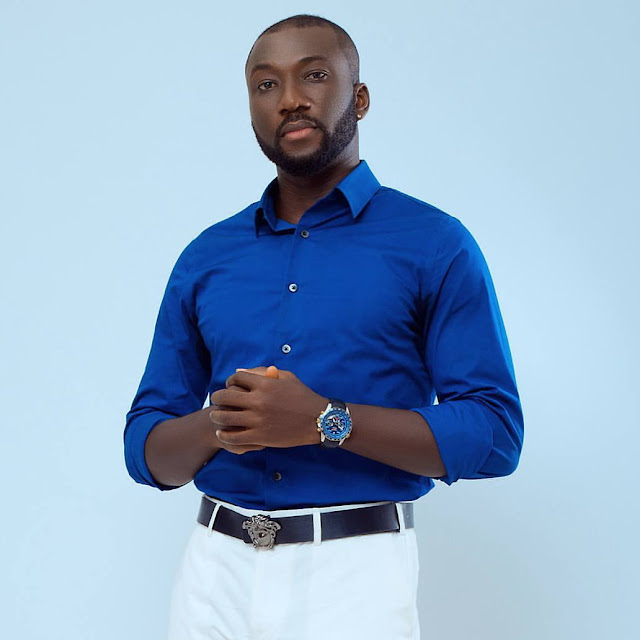 Musical star Emmerson Bockarie has been invited to speak at an upcoming Africa research institute event in London next month.

Africa Research Institute (ARI) is an organisation that encourages debate, questions orthodoxy and challenges “received wisdom” in and about Africa.
Their work draws attention to individuals with a keen interest in the continent’s future, good practice, and innovation, while also identifying where new approaches might be needed. 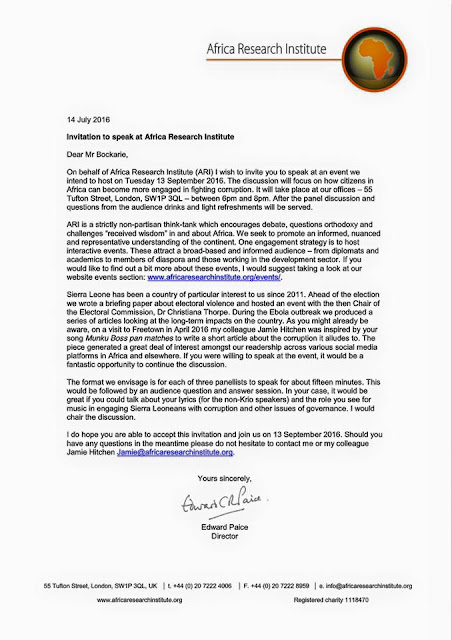 As a musician, Emmerson is known for criticizing successive governments in Sierra Leone, with merciless efficiency. Acting as a voice of "truth" the most popular songs in his career address many challenging issues, especially those that affect the young people in Sierra Leone.

Since the release of his latest album "Survivor" in April, which featured  the controversial song “Munku buss pan matches”, the radical singer  has attracted world media attention and has been interviewed by several broadcasting networks including the BBC and Aljazeera to discuss the impact of his music.

For his talk, the singer will conduct a 15min public lecture on his music and it's relevance in the "fight against corruption in Sierra Leone". 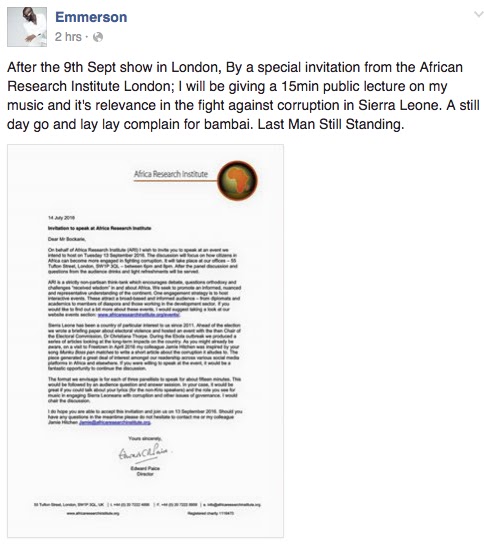