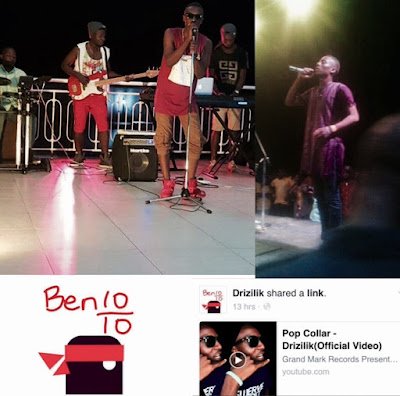 Amongst the refreshing young wave of Sierra Leonean artists who have garnered much attention in the last couple of years,one fresh face ,22-year-old rapper Benjamin Menelik George , known artistically as Drizilik ’Ben10'  is making his presence known.
Drizilik started building a popular musical reputation after the release of his debut project 'Pop Collar ',a weekend anthem that ensured him a share of the rap game spotlight.

The 22 year old mixes his strong character song craft ,with 90’s hip- hop fusion and for his debut video, which features a cast of cameos from celeb singers, he teamed up with director Nick Asgill for “Pop Collar”.